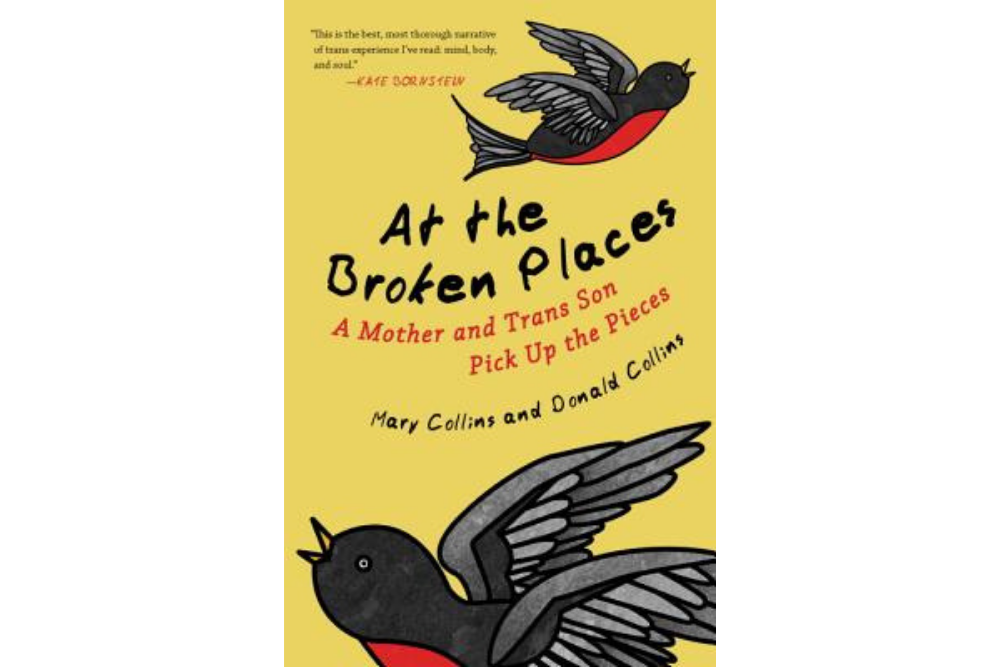 Communicating through a Cultural Lens: At the Broken Places: A Mother and Trans Son Pick Up the Pieces.

Register for the event by clicking here.

In celebration of National Coming Out Day,* Century College is hosting our second—Communicating Through a Cultural Lens webinar.  Everyone is welcome to attend.

Mary Collins worked for 25 years in Washington, DC as a writer and editor for a range of clients, including the National Geographic Society and the Smithsonian Institution.  She has traveled the United States as a guest speaker on a range of topics that center on themes, she explores in her five nonfiction books.  She is currently a Professor of Creative Writing and Program Coordinator of the Writing Minors at Central Connecticut State University.  Learn more about her work at www.marycollinswriter.com.

* National Coming Out Day was inspired by a single march.  500,000 people participated in the March on Washington for Lesbian and Gay Rights on October 11, 1987, generating momentum to last for 4 months after the march had ended.  During this period, over a hundred LGBTQ+ identifying individuals gathered outside Washington, DC, and decided on creating a national day to celebrate coming out – this began on the 1st anniversary of their historic march.  (nationaltoday.com)

We hope you are able to join us.  The event is sponsored by the Office of Diversity and Inclusion, Multicultural Center, Student Life, and Center of Professional Development and Collaboration