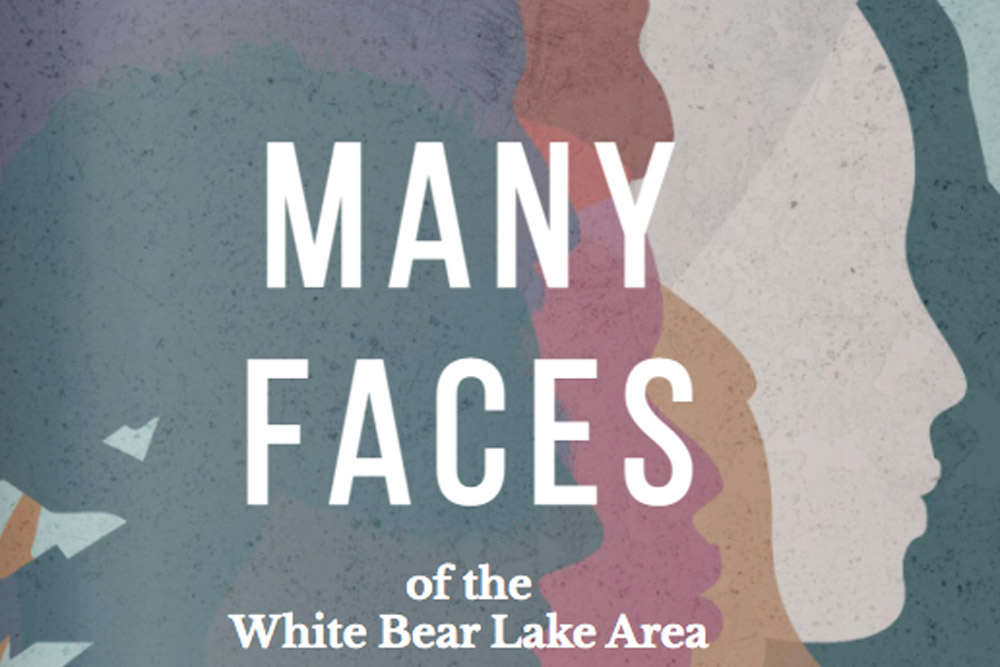 The story of what is now known as the White Bear Lake area began with the lake and the rich lands that surround it. These natural features were created through the heaving and melting of glaciers, which led to the formation of rivers, lakes, and areas of sandy and rocky soil. Plants began to thrive in the wake of the receding ice, and animals followed them north, followed by the people who embraced this emerging land and its nurturing foodshed.

The Ojibwe, or Anishinaabe, migrated west from the Sault Ste. Marie area and the Chequamegon region of Lake Superior’s south shore. The Dakota creation stories — and there are several — regard the lakes at the head of Watpa wakan (Spirit River, now known as the Rum River), especially Bde Wakan (now known as Lake Mille Lacs), to be the place where the Dakota people sprang into existence. Beyond that, little is known about the Indigenous people of Mni Sota Makoce — “land where the water reflects the clouds” — prior to 1850. This is simply because the people living here in the lands that were to become the state of Minnesota had no written language.

Instead, the Ojibwe and Dakota people preserved their histories through oral traditions passed on from generation to generation. These stories and remembrances are often supported by records, both archeological and written, from the past: birch bark scrolls and petroforms, or boulder mosaics, passed along knowledge and information. Oral tradition tells us that at least as far back as the 1600s, the Ojibwe and Dakota used this area for harvesting wild rice and hunting game.

The Ojibwe and Dakota people valued this land and these waters as being strategically important to their cultures: the waterways offered transportation, the forests and lakes provided food, and there were opportunities for trade.

With their thorough understanding of the land and its bounty, these Indigenous peoples made a seasonal migration through the region. They spent much of the winter season hunting and living in the wooded areas, and fishing, trapping, and maple sugaring in the spring season. Villages were established in the warmer months; inhabitants often returned year after year to these places.

“We lived off the land. The berries, the fish, the deer … every time we took game … we had to ask for forgiveness because we had to eat the game for survival, for nutrition.”

Read more … Many Faces of the White Bear Lake Area